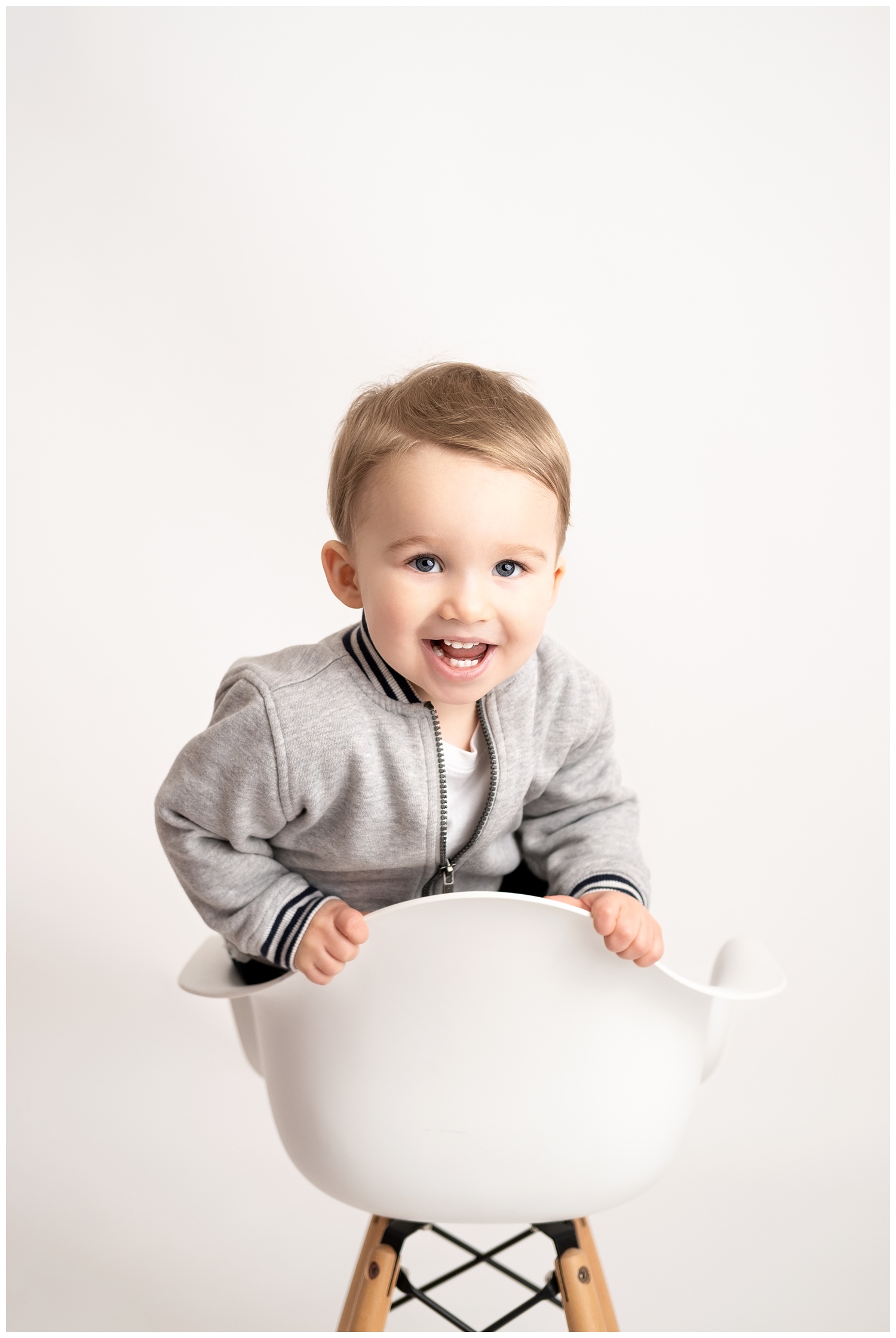 Ahhh sweet, sweet little Carter. I had no idea what I’d get as Carter’s Macomb Milestone Photographer. He came in for his 18 month photos, and it can be a hard age. I find that after 6 months there is always a risk of some stranger danger. They are trying to be independent, and in control of their surroundings. I knew it could go really bad, or really great.

Well Carter couldn’t have been any better. He came in, and was just a smidge nervous at first. No big deal I told his mom. I brought out a bucket of blocks, and just told her, let him play, and I’ll just get set up and let him adjust. I wanted him to play, and explore, and get comfortable. But mostly I just wanted him to not see my studio as anything resembling a doctors office. Once he had played for a few minutes on his own, I sat down with him and played alongside him. I knew if I could win him over I’d get some great smiles. Boy oh boy did he deliver.

His mom was just as amazing. She was perfectly ok with objects in his photos, blocks, snacks, it didn’t matter. She just wanted his personality captured, no matter the extra items he held in his hands. This really helps me out, sometimes we get so fixated on that “perfect image”. You know the one, where they are looking right at the camera, teeth showing in a huge smile. It’s never a guarantee, but I always try. It just makes it easier if you are ok with the next best thing, their true personality. Laughing, eyes closed, maybe that silly staged smile they do when you ask them to smile for a photo. It is all so telling of the stage of life. They wont make those faces when they are 14 or 18, they will do those perfect photos. Now is the time to celebrate their individuality.

Carter sure was a busy body, and it took us a bit to get him to sit still for just a moment. But those moments were gold.

Enjoy these images from my time as Carters Macomb Milestone Photographer.