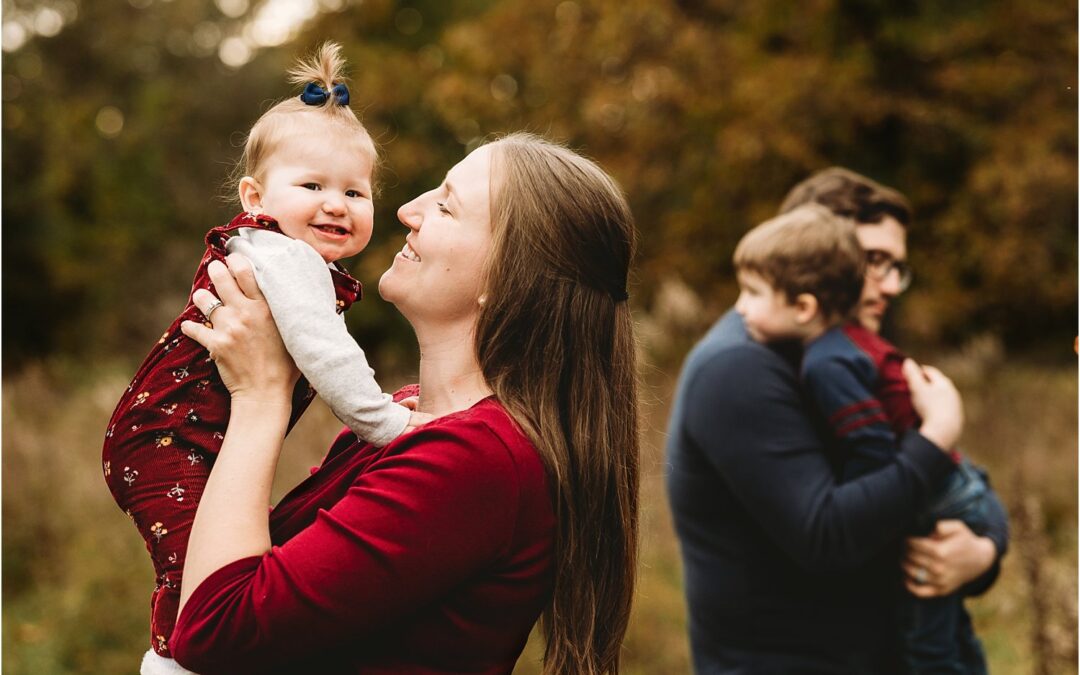 I adore this family. Sometimes, I meet someone, and I think, man, we could be friends. Maybe that’s creepy. I don’t know.

I first met Lindsay a few years ago when she brought her son, Carter for birthday photos. She comes back every 6 months or so for an update, and they’ve since added an adorable little girl to their family. I look forward to their visits every single time.

This was the year I finally got to meet her husband, the missing piece to the puzzle! They were my Christmas Card Family Session Giveaway winners last year. They used images from a previous session on their Christmas card, and sent me a card to display at the studio. At the start of the new year I randomly drew a family, and the Leadmon’s were my Family Session Giveaway Winners! Which she tells me was awesome, because her husband doesn’t enjoy photos (who can relate to that, I know there is many of you out there with a spouse that’s less than excited to get photos taken). So we took advantage of having him there and snuck in a few of just the two of them.

These two kids have smiles that just light up a room. They are just downright happy to hang out with people. I’ve never experienced either of them in bad moods. Even Carter, who took a dreaded car nap on the way to photos, he was shy at first, but snapped right out of it after a few minutes of play with his Mom. And he was ready to go. It takes nothing to get Hazel to smile, you basically have to look at her and she’s beaming.