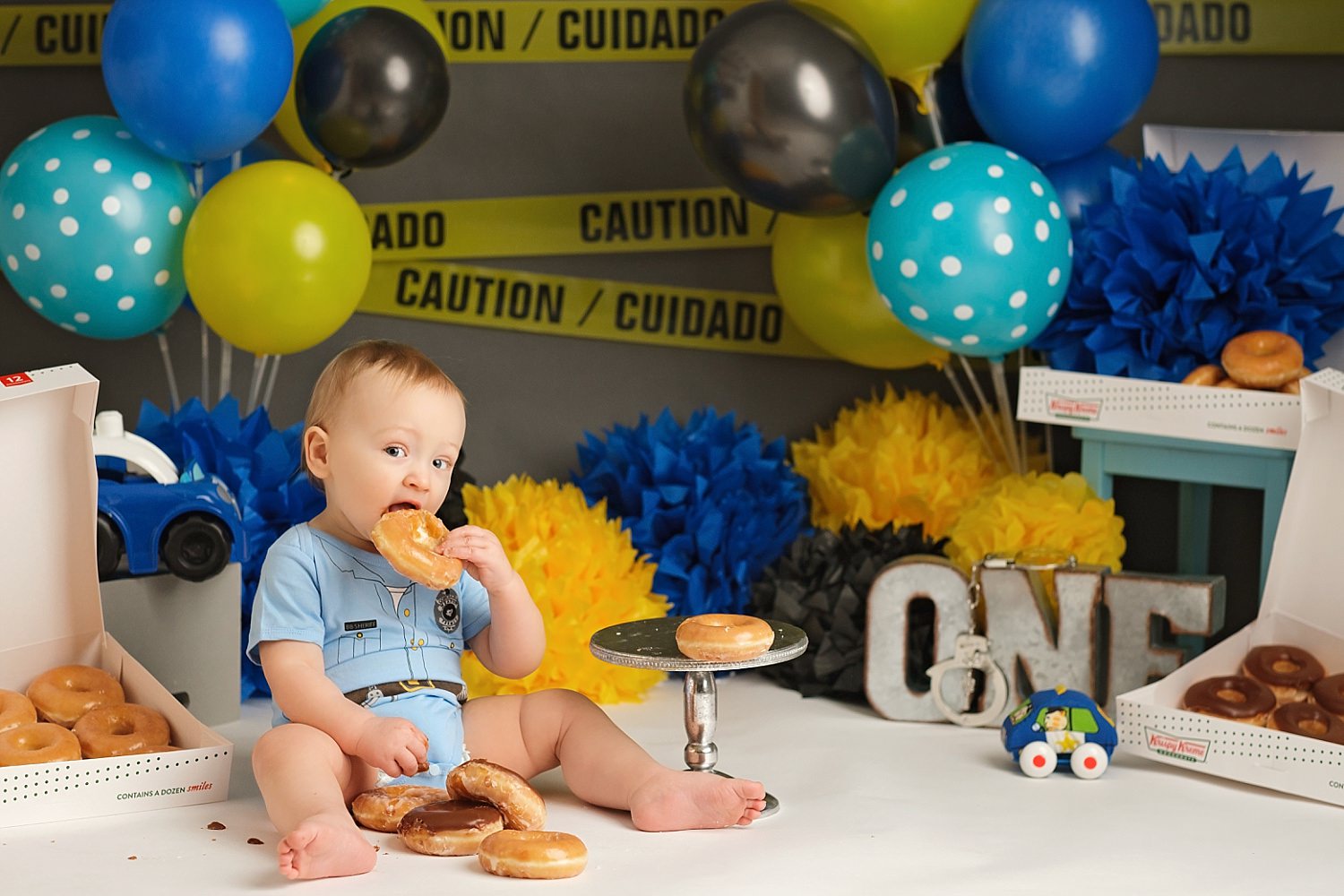 I’ve said it before, and I’ll say it again. Your cake smash doesn’t have to involve cake! I know it’s a birthday party staple, but the first birthday is all about documenting your child as they are now. Why not document a favorite food too? For John’s session we did a donut smash, yum!

For John, the theme sort of fell together naturally. We decided to tease his dad, who is a police officer, and do a donut themed police smash. And it couldn’t have been any cuter. John loves police cars. Probably because that’s what boys love, anything they can crash into walls, other cars, or mom’s heels. Plus I imagine as the son of an officer, he gets plenty of police cars as gifts from family and friends.

I loaded up the set with stacks of donuts. I knew that my own kids were at home, hoping some of those boxes were coming home with me after. I’m pretty sure they were all drooling watching the Krispy Kreme‘s boxes leave the house that day. I did manage to bring a few home for them. For the most part John took his time and methodically took a small bite out of every donut he saw. Good way to claim them all as your own bud!

In the end we had a lot of fun watching him smash his way thru piles of frosted donuts. Why not schedule a session and reach outside the cake box. It could be cheerios, spaghetti, tacos, donuts, cookies or whatever brings joy to your one year old.

If you are set on having cake but can’t come up with a theme for your session, here are a few options to consider.

Enjoy the sneak peeks below!