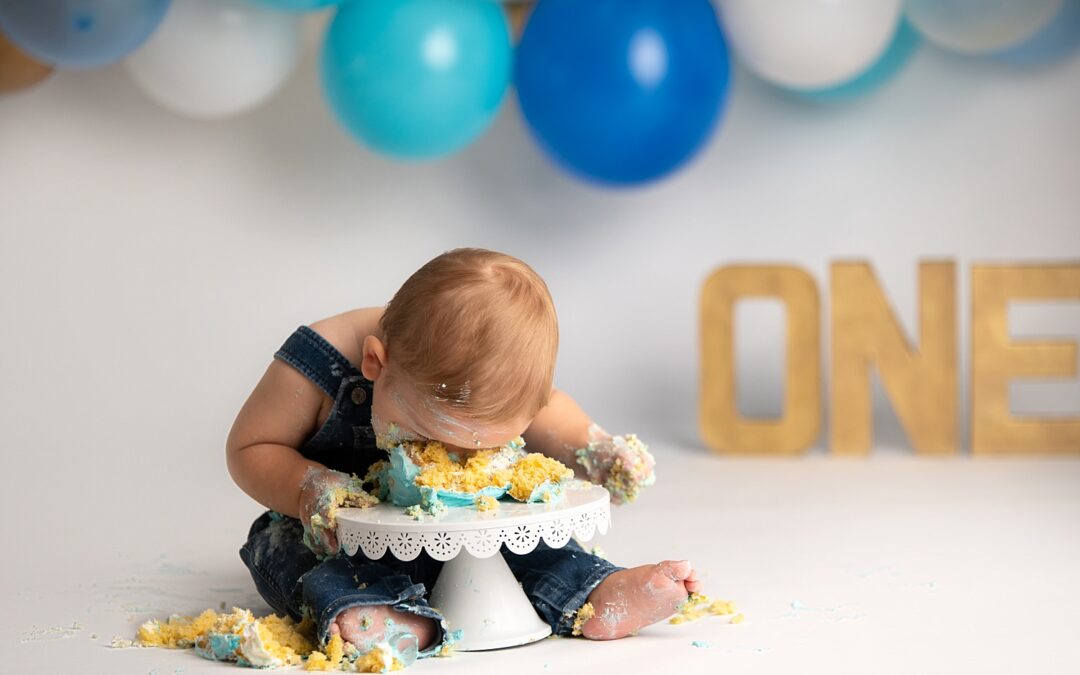 One of the fun things about photographing a friends cake smash is we get to take some liberties that I wouldn’t normally encourage in a regular client session. Let’s take a look inside Jack’s simple boy cake smash and see what fun we had!

Tara asked for something simple, that wouldn’t take over the fact we were celebrating Jack. I couldn’t agree with that sentiment more. When you plan for your own child’s cake smash session, don’t feel the need to go overboard. For Tara we just did a simple balloon garland of various blues. And his cake was blue with gelatin balls on it.

We couldn’t believe how much he enjoyed eating the gelatin, it seemed pretty gross to us. But, kids have weird tastes, don’t they? Once he finally moved on beyond the gelatin he was loving the cake. He played and gobbled it up. At the very end Tara was really hopping that he would face dive into it. Believe it or not, it’s rare that it happens. So since I knew her, I encouraged her to help him with that task. She gently nudged him to lean into it and once he discovered how easy that was, he was excited to find a new way to eat the cake.