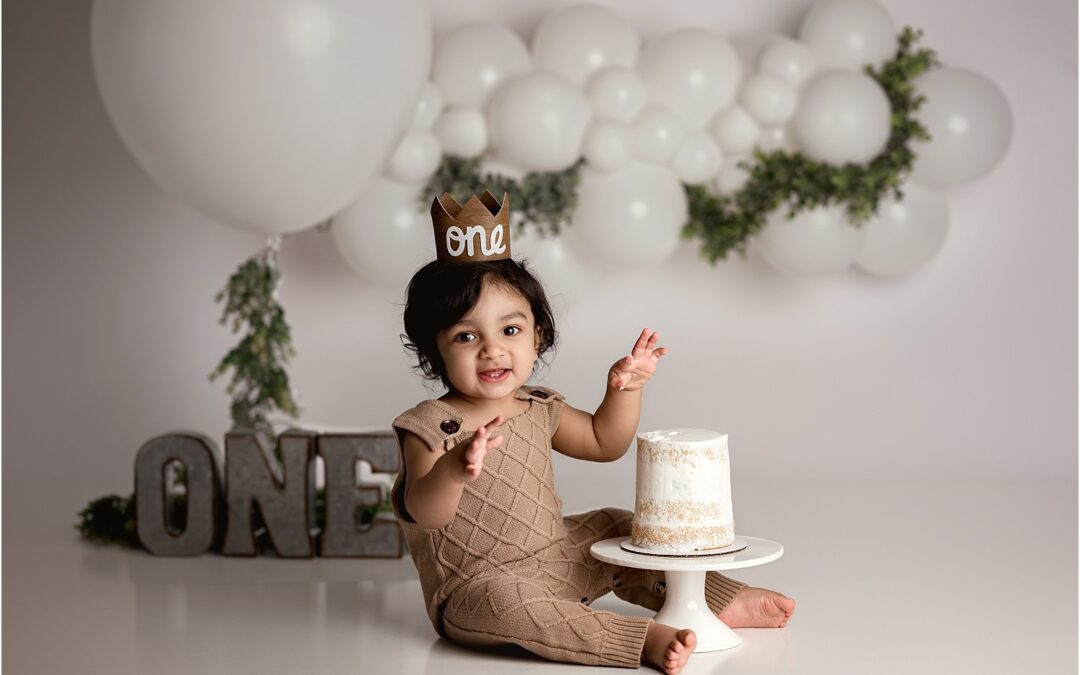 I am obsessed with Vihaan’s Fraser cake smash. When I say this kid has modeling in his future, I mean it.

I’m pretty sure when he came in he wasn’t super sold on the idea. He just stared at me with his big brown eyes. He was apprehensive but seemed comfortable. It took about 5-10 minutes, I chatted with his parents about outfits, and what we were going to do when. And then he just popped out of his shell and nailed this session. I’m telling you I could have kept him. And you know 1 year olds, they are sassy and loud. I don’t often say I miss my kids being 1. But I could have hung out with Vihaan all day. He just laid on the charm and never looked back.

Once we got him smiling it was all over. I think we might be best friends now.

His parents asked for a simple white setting for their Fraser cake smash session. So that’s where I headed. I kept it simple and clean. His mom did a lot of shopping for him, and some was last minute as things she ordered didn’t come in time. But I loved her choices and since he was in such a great mood we got to use everything, and I can’t even pick a favorite outfit.

Vihaan’s mom said he had already tried a little cake, she sort of shrugged and said “he liked it, but didn’t love it”. Which is a great sign, at least he didn’t hate it right off the bat. Like I can usually work with. Boy, were they underestimating him. He dove in and didn’t finish till it was gone. He smashed that cake, literally. When he wasn’t shoveling it into his mouth he was smooshing it into the floor. He had so much fun, and I had so much fun watching him.