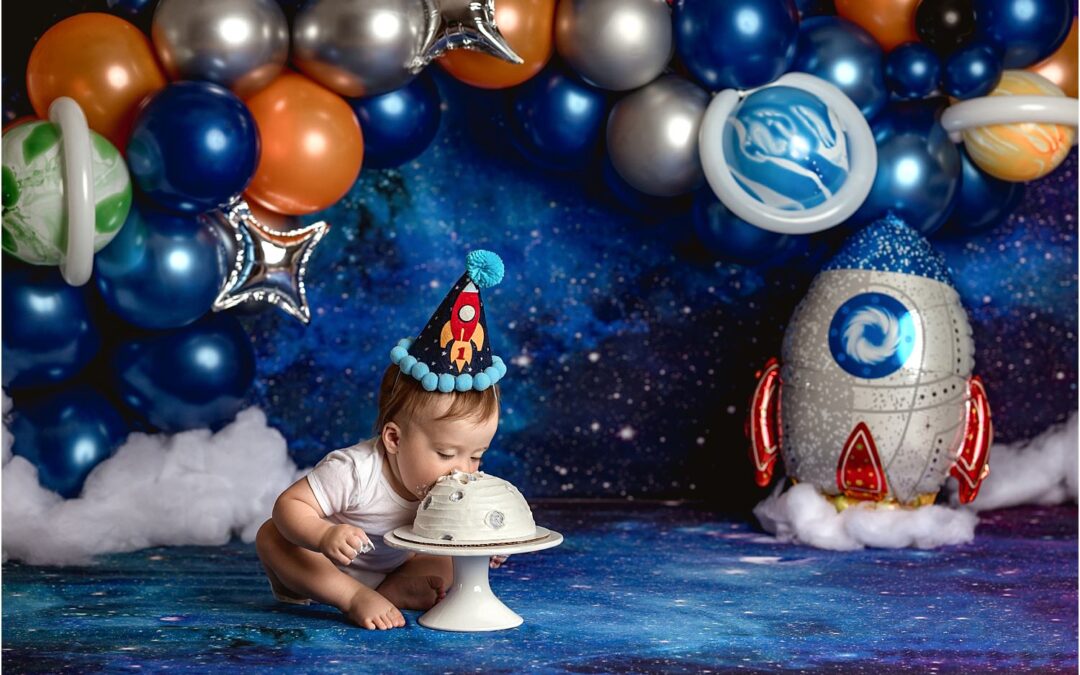 I’ve absolutely never laughed as hard as I did during Judes first trip around the sun themed caked smash. At one point I think both his mom and I were in tears from laughing so hard.

When his mom told me that he was a good eater, I thought oh boy, all the worst cake smashes say that. Those kids are the ones that love food at home but won’t touch it here. But Jude was about to prove me wrong. Once he spotted that cake during an outfit change I’m fairly certain he began to drool.

He started off nice and slow, just tasting and playing in the cake. But he isn’t completely appalled by the thought of cake so I’m like, ok, this is going to be fine. So we let him play and snack. And then I said ”hey Jude, why don’t you bend over and take a big bite”. I swear you could see the wheels turning, he looked at the cake, looked at me. And then he just reached over and smooshed his face into it. And once he learned he could dive in and avoid the bother of his hands all together that was the end of it. It’s the only way he ate cake. Ate one point he had so much cake smooshed up his nose that he was panting like a dog.

He was so interested in the setup, and of course my camera, that he would crawl away, and then crawl back to take another big bite of cake. I’m not sure I’ve ever had so much cake on the studio floor as I did today. Little hand prints everywhere.

But what’s most important is that he had fun, and his mom enjoyed the experience. It makes me feel good knowing it was a successful cake smash.

The only thing left to talk about is this theme. Isn’t it adorable? It’s my first, first trip around the sun theme and I’m so happy with how it turned out. I ordered this space tapestry, only to realize I already had one at the studio. So then I knew immediately I wanted to use the second one as a floor.

I hope I get another first trip around the sun session soon!