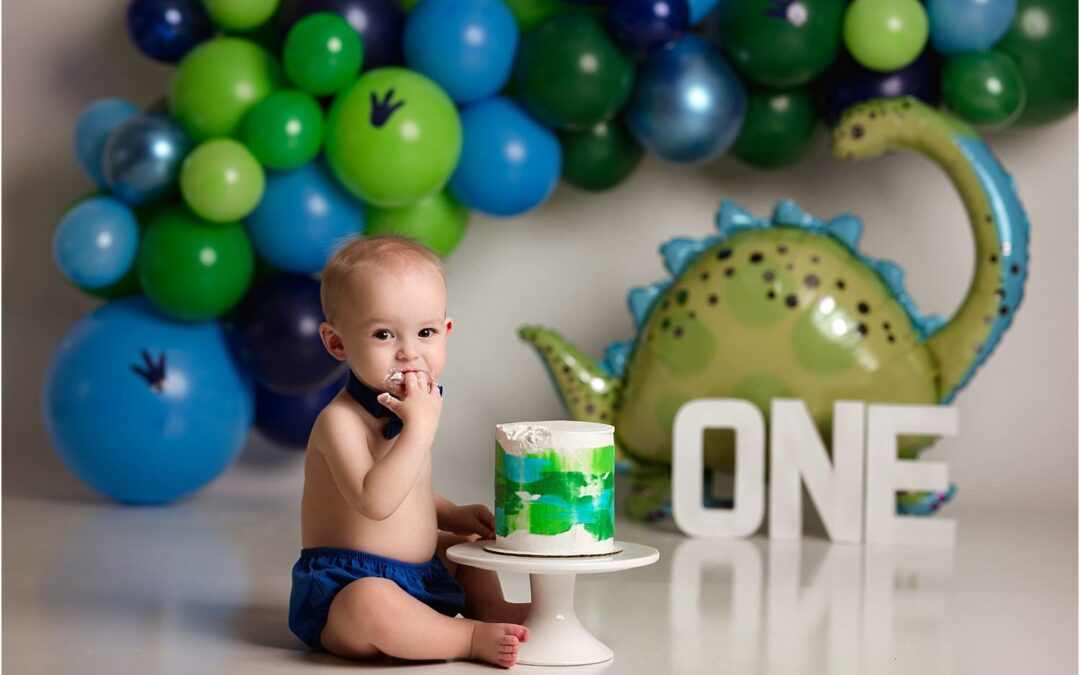 What an adorable little dinosaur cake smash we had! Evan has grown so much and he’s just a sweet little guy. He was so patient and calm.

I think he takes the cake (see what I did there) for the longest lasting cake smash. He was in no hurry. He never attempted to get away, he never fussed. He just sat there and enjoyed the frosting. He would look at that cake and just smile like he had just won the lottery. Or that he’d found a new favorite sugary treat!

Watch as you scroll through the photos, how fast the cake goes down, and how little there is on the floor in comparison. He did a number on it. But the time his mom cleaned him up he was starting to get glassy eyed on the couch. I bet he passed out as soon as the car started moving, he had a full belly1