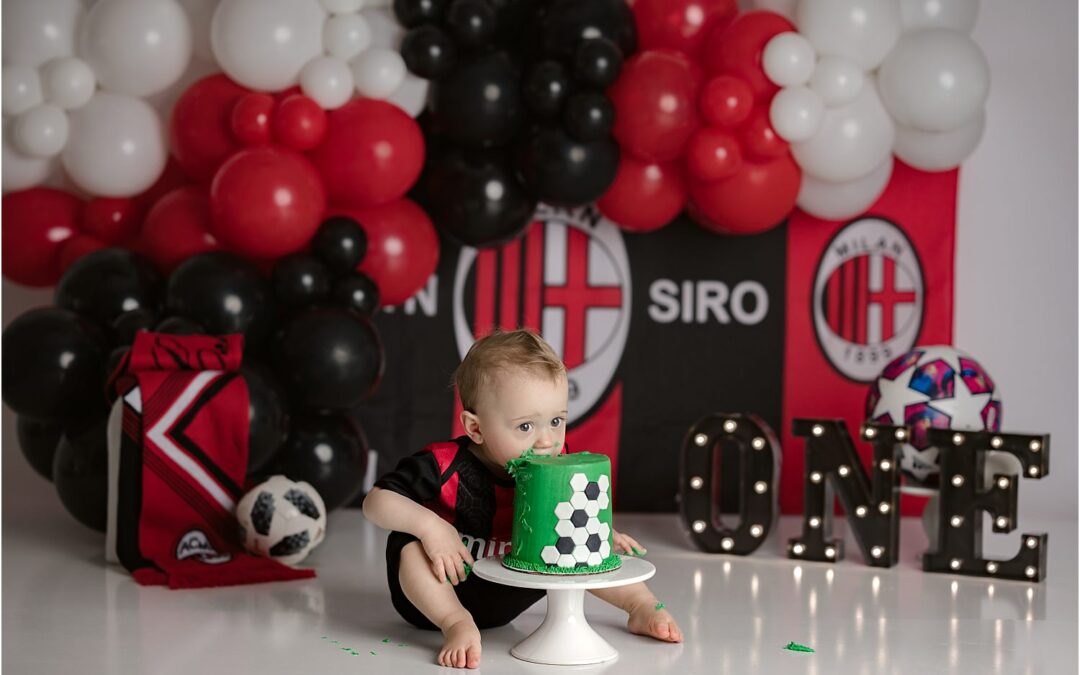 Before you read about this Chesterfield Cake Smash, be sure to head over and see Maximus as a newborn. His studio newborn session is still to this day one of my favorite sessions. He was an adorable baby, and has grown into an equally adorable 1 year old!

His mom wanted to honor her late brother, who loved soccer. So we went with a soccer themed smash for Max. Now I don’t know anything about soccer, but this team was his favorite. So I made the balloon garland, and brought the cake from the only and only Amber’s cakes, and she brought along some items that belonged to Max’s uncle.

It took Max a while to warm up, but once he did he was just cute smiles till the end. In between smiles he was sometimes unsure of what he was feeling, so his expressions ranged from confused, to unhappy, pouting to laughing. A fake sneeze got him back into smile territory in no time.

I love how his cake smash setup turned out. His mom said he had cake at his birthday and loved it! I should have know that would jinx us. He took two face dives into it and then was pretty over it. He would try it a little here or there, but he was a man on the move, and was ready to be done and enjoy snuggles with mom. I can’t blame him.