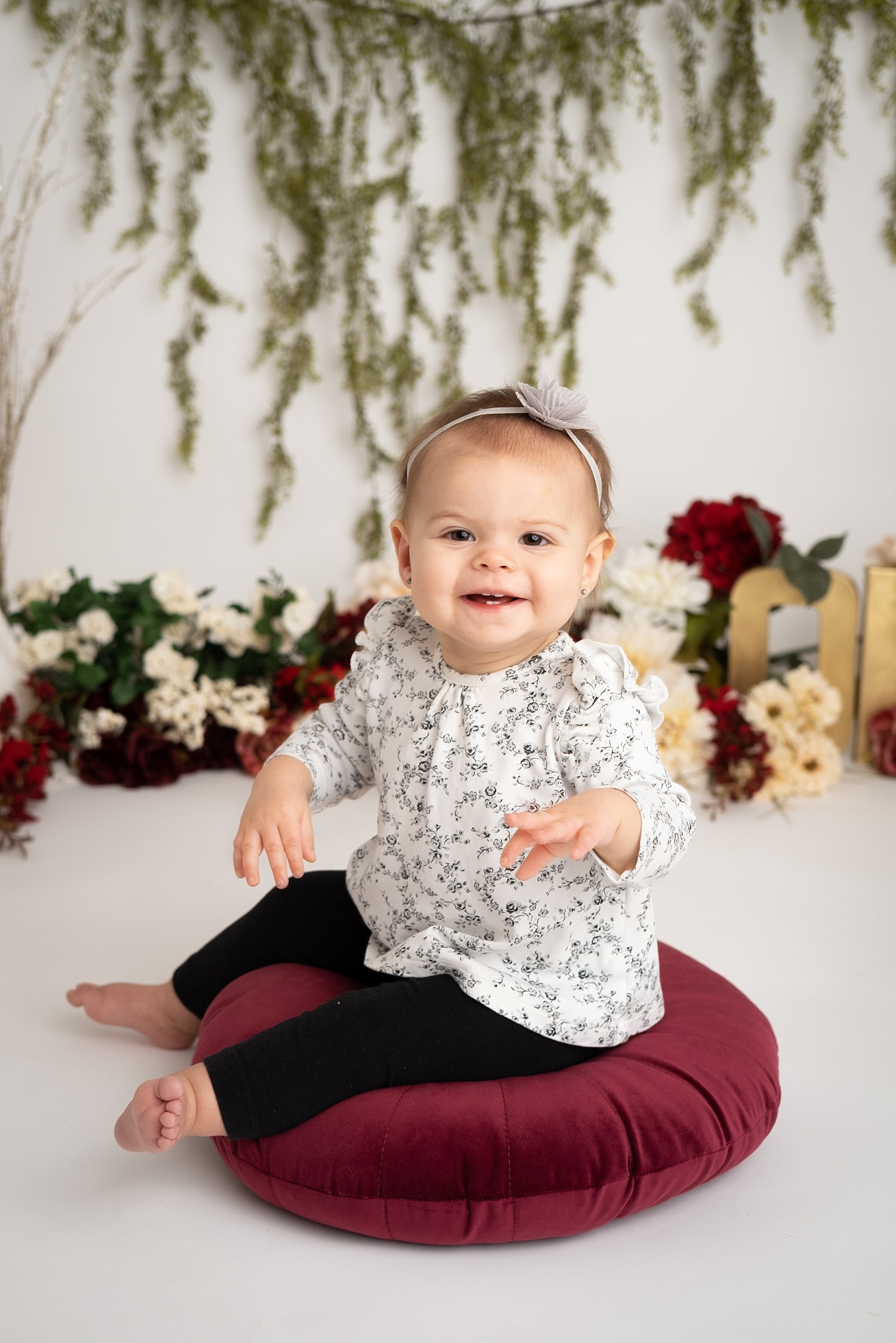 I can’t believe how fast Addison’s first year went, we had so much fun at her cake smash session! I’ve known her mom since high school (yikes, that feels like forever ago). Her big brother was one of my first newborn’s when I finally decided to take the leap and commit to newborn photography.

Addison was all smiles and personality. I’ve never met someone with as much personality as her big brother Nate. But Addison is going to give him a run for his money.

When the cake came out, she did not hesitate. She was all set to gobble it up. There was no stopping until she pulverized it into the floor.

Not all kids love the feeling of frosting. So it’s hit or miss if they will eat the cake or not.

If you are scheduling a birthday session, remember, you don’t have to use a cake.

Now is the time to document this milestone. You should feel free to venture outside the cake, and use whatever their favorite food is. Maybe it’s watermelon, spaghetti, mac and cheese, or cheerios! Don’t be confined by a cake.

I had to laugh at Nate, who at one point told me that he spoke “Addison”. He kindly translated for me, that she wanted to share her cake with him. She apparently only felt it would be fair if she had a bite and then he got a bite.

As always, the cake was provided by the talented Amber over at Amber’s Cake’s. Shameless plug, if you are in the Sterling Heights area, she is my go to girl for cakes and the most delicious sugar cookies!