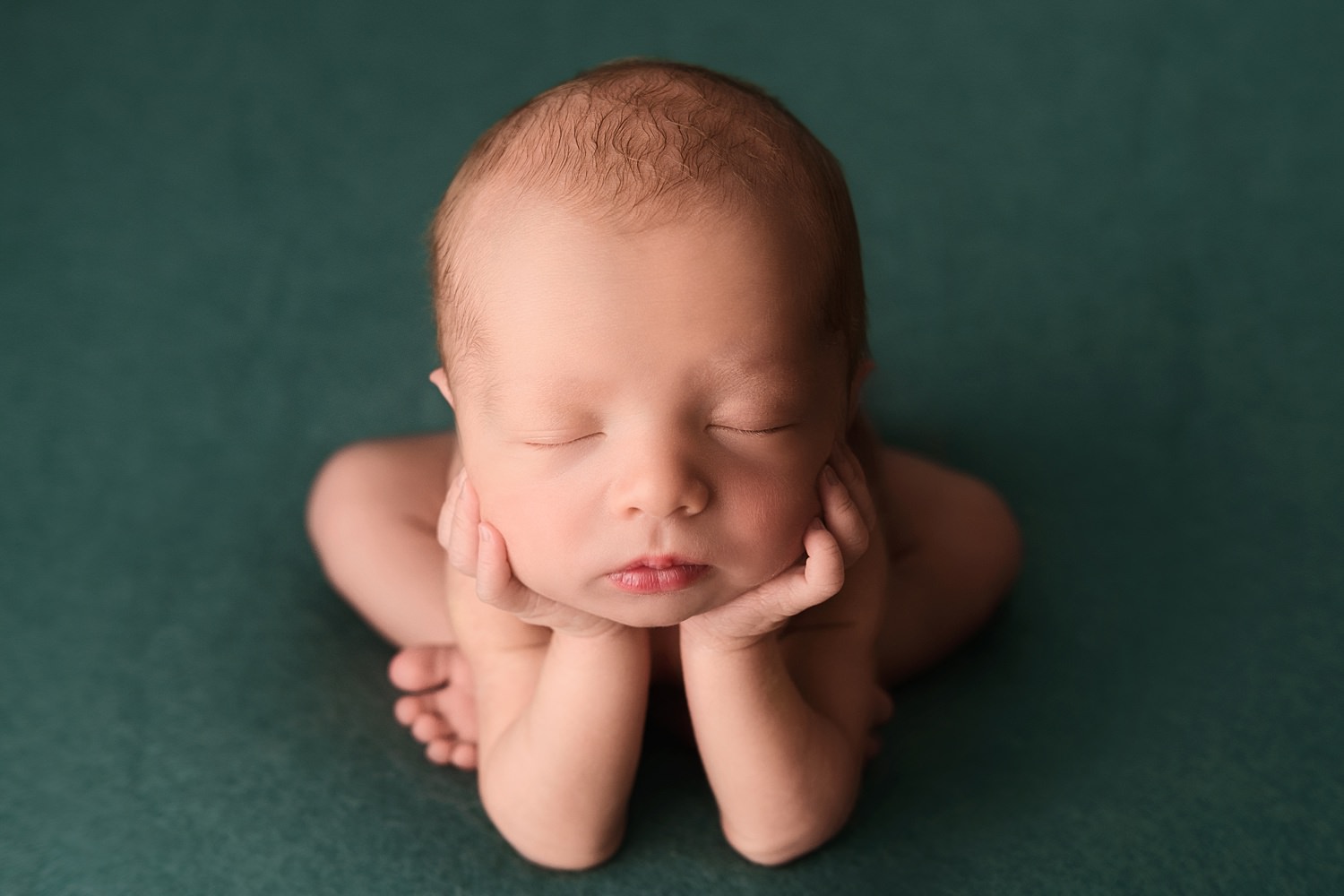 Want to know the best part of being Metro Detroit Newborn Photographer? I get to snuggle all my neighbor’s new babies!! I’m lucky enough to live on the same street as this little cutie. I’m so excited that his parents asked me to do his newborn session.

Oliver’s session was fairly uneventful. He didn’t complain or fuss, he barely made a peep. What can I say? He’s laid back, just like his parents are!

With both of his parents falling into the artist category I knew we could use some fun colors, and this teal from Hello Little is just stunning.

Oliver was just a bitty thing and he curled into all the traditional newborn poses. As an industry we have the strangest names for poses. Some, like these top two are fairly normal. Chin on hands, followed up by side lay. But then below we get into taco pose (I don’t know, it must be the way they fold in half, but it’s one of my favorite foods, so I can’t complain), the one in his little striped pjs where he’s holding his foot is known as huck. No clue why, so don’t even ask. Bum up is clearly named for its final result, where the bum is up just as high as the head.

Of course, over my years as a Metro Detroit Newborn Photographer I have poses that are and will always be my favorite. And if you’ve read some of my other posts, you now that pose is froggy. It’s my favorite because in one image I can capture their cuteness, from those eyelashes, to their tiny lips, fingers and toes.